Believe it or not this post was inspired by reading Agatha Christie. Why? Because she lived and wrote in a time when a penny had worth. You could actually buy something with a penny and get change. So in those days it was well worth offering things for 5/11d (that's five shillings and eleven pence to any younger readers, OR 29p in the money of today. And, yes, even back in 1972 it was possible to actually buy something for 29p).
Inflation has now raised prices and devalued the money we use. It now costs more than I used to get as pocket money for a week to buy a chocolate bar. But still some advertisers cling to the thought of giving you a penny or a pound change when you go to buy something.

Some in the marketing industry cling to the idea that offering things at a penny or pound off attracts more customers. I think they are wrong. Whether this is  male/female thing I don't know. I have noticed, however, that shops that cater mainly for women - supermarkets, clothes shops, shoe shops etc, tend to have all their goods labelled in round pounds. The supermarkets offer bags of fruit and veg at  Only £1 not Only .99p. I have to confess whenever I see the word ONLY in front of the price I tend to think - but last year it was only 89p. But that's another matter.
More expensive things are often advertised at £8,995 (the price of a car maybe) or £139,995 (a very cheap house these days in some places). I'm sorry but that is £9000 for the car, you wouldn't even be able to get a gallon of petrol for the £5 change you would get. The same applies to the house, although you wouldn't need any petrol for that.

The thing that really annoys me is when some retailers offer discounts or special deals on good over, say, £200, then price their goods starting at £199. Because it is under £200 you don't get the discount. Once again, £199 is close enough to £200 in my mind that this is nothing more than a marketing ploy which I don't respond to. Maybe I'm different to the rest of the world.
I haven't noticed it hurting ASDA, Tesco, Sainburys, M&S, BHS et al charging by the pound, so maybe it is time we got rid of the phoney .99p. I ALWAYS round up. I was taught that was the quickest way to add up in your head and as I'm rubbish at mental arithmetic that is what I do. Especially with petrol prices where you see  131.9 .  I have yet to be given point anything in change when I buy petrol. I know for commercial suppliers who are buying tens of thousands of litres, the .1 adds up to a lot of money, but to the ordinary motorist it means nothing.
So let's make some sense out of our prices. It's time for major prices to be in round pounds. That's not saying pennies should be ignored. It should still be possible to buy things at £1.20 or £120, but let's stop trying to fool people - The general public is more savvy than the advertisers think. 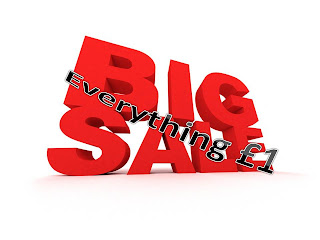